Edition 208 of Century Ireland with all the news from 100 years ago.

Irish delegates head to Downing Street to meet with Prime Minister
London, 13 July 1921
A delegation of Sinn Féin representatives departed for London yesterday where they are due to meet the British Prime Minister. 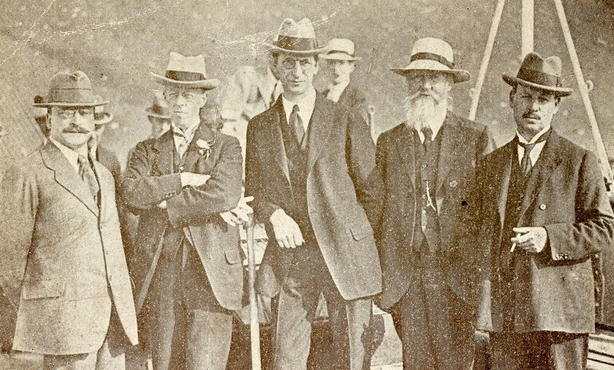 Some of the members of the Irish delegation leaving for London. Left to right: Arthur Griffith; Robert Barton; Eamon de Valera; Count Plunkett; and the Lord Mayor of Dublin, Laurence O'Neill.

Prison release of Sinn Féin TDs and de Valera's Mansion House Conference pave path to peace
Dublin, 11 July 1921
The truce agreed between the British government and Sinn Féin marked the conclusion of an extraordinary few weeks of activity that followed on from King George’s V’s speech at the opening of the Northern Parliament in Belfast.

Hope that 'age-old quarrel' is coming to an end – British newspapers react to truce
London, 11 July 1921
The truce is set to come into effect at noon today.
Press reaction in Britain to the announcement of the Irish truce has generally been positive. 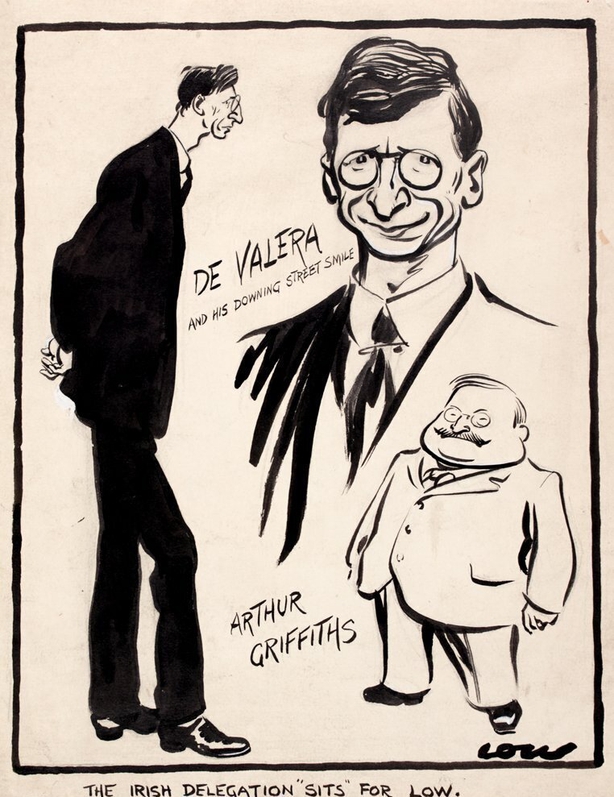 'Low', the caricaturist for The Star newspaper, sketches de Valera and Griffith in London.

Ulster will make no more concessions Craig tells crowd during Twelfth celebrations
Belfast, 13 July 1921
After days of particularly fierce fighting on the streets of Belfast, the traditional Twelfth celebrations were a low-key affair. This was the first Twelfth since the establishment of the Northern Parliament and the event fell the day after the commencement of the truce in the Anglo-Irish conflict. 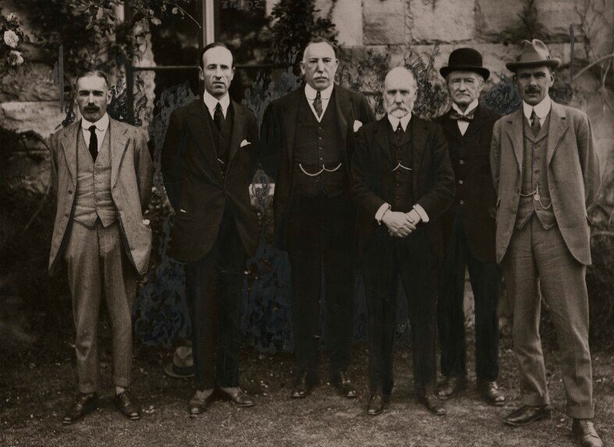 'Black Sunday' in Belfast as violence intensifies before the truce
Belfast, 12 July 1921
The days preceding the truce, which began yesterday, were some of the most violent that Ireland has experienced in recent years. 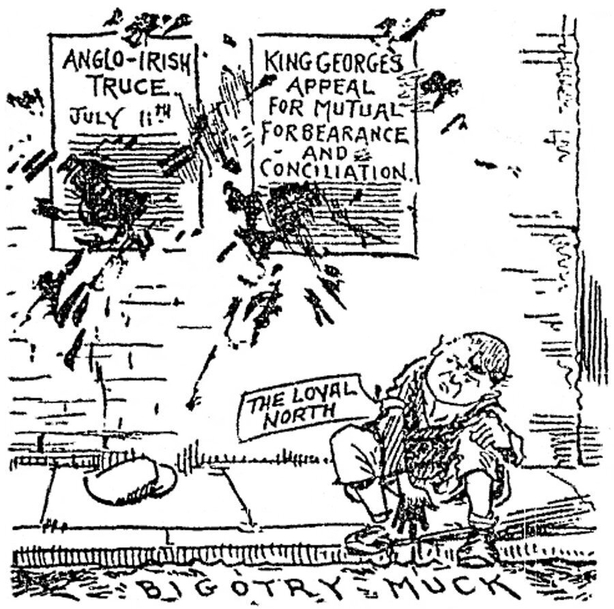 Cartoon from the nationalist Sunday Independent showing loyalists in the north-east of Ireland slinging 'bigotry muck' at the sentiments of peace and goodwill. The original caption read: 'Ireland's Bad Boy'.

De Valera marks US Independence day in the Dáil
Dublin, 4 July 1921
This year’s American Independence Day was widely observed throughout Ireland with the stars and stripes flag flown from public buildings, businesses and quite a number of private residences. 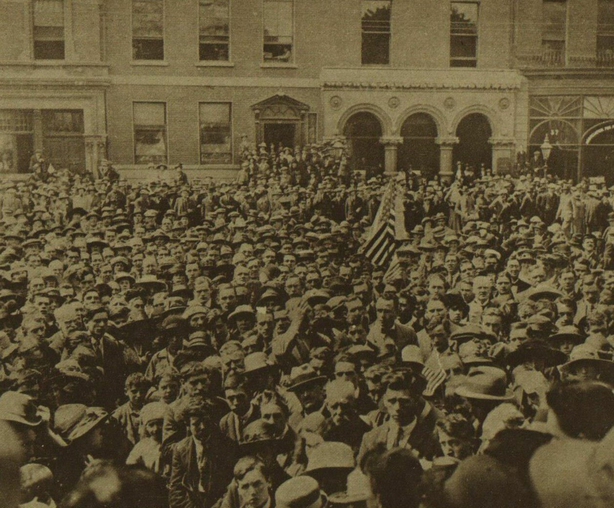 The American flag being waved in the crowd outside the Mansion House in Dublin.

After driest June in 50 years, July heatwave brings fears of water famine
Dublin, 11 July 1921
Temperatures reached 32 degrees celsius in Dublin today which, in combination with months of dry weather, has led to fears that a drought is imminent. 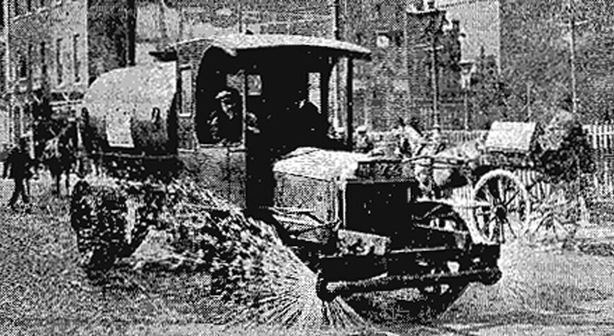 Keeping down the dust, a watering cart (using canal water) sprinkling the streets of Dublin.