The official opening of the Hot Press Music Hall of Fame, Dublin.

The brainchild of 'Hot Press' magazine editor Niall Stokes, the museum on Middle Abbey St in Dublin was intended to be an interactive multimedia musical adventure, celebrating Irish music and musicians. Visitors would be able to relive their garage band days or experience an Irish pub session.

Guests at the opening included Taoiseach Bertie Ahern and Caroline Corr of The Corrs, who both leave their handprints for hanging in the building.

An RTÉ News report broadcast on 29 July 1999. The reporter is Aengus Mac Grianna.

The Hot Press Music Hall of Fame has been closed since October 2001. 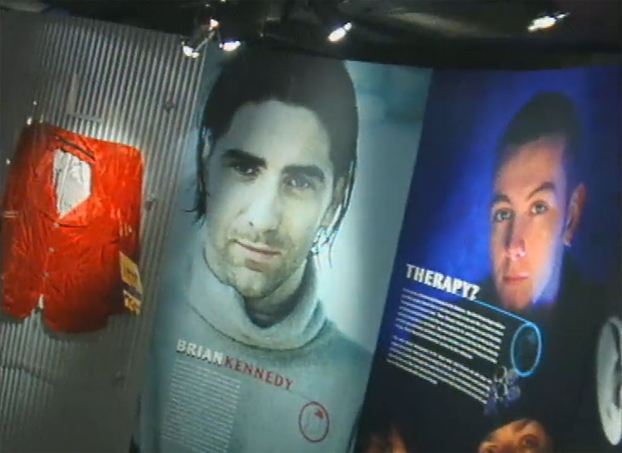