Students take the plunge into the icy waters of the UCD lake in the name of fun and charity.

Chairman of the Rag Week Committee Geoff Smyth says there is something for everybody during Rag Week including the usual impromptu student stunts, concerts, and many competitions.

For the men, there's the hairiest legs competition and for the women, there's a beauty pageant.

Despite some opposition to the idea of a beauty contest, Miss UCD 1974 Eimear McCooey sees the competition as a bit of fun and feels in no way exploited. A first year Arts student studying Philosophy, Psychology and English the new Miss UCD wins a trip for two to London.

Eimear McCooey is also one of the judges on the hairiest legs competition which is hosted by Gerry McNamara. 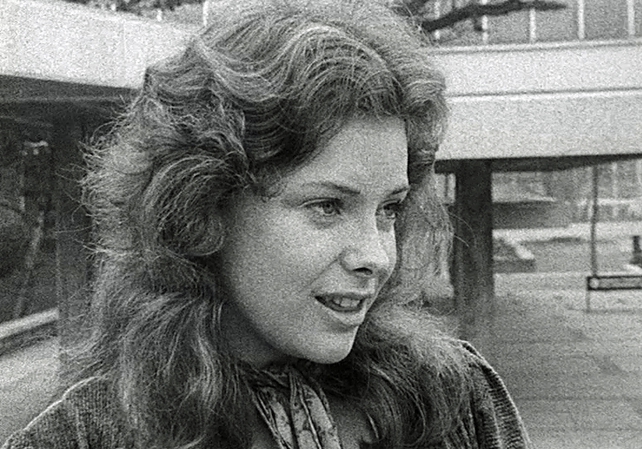 The aim of Miss UCD is to promote Rag Week.

Money raised from events throughout the week will be distributed among ten charities.

This episode of 'Tangents' was broadcast on 19 February 1974. The reporter is Doireann Ní Bhriain.