James Meehan is the PPAI Press Photographer of the Year.

Dubliner James Meehan, a freelance photographer with the Inpho Photography Agency was presented with the Press Photographers Association of Ireland (PPAI) award by Dr Pat Donlon Director of the National Library of Ireland at a reception in Jury's Hotel in Dublin. The event was hosted by Gay Byrne.

James Meehan also received a cheque for £2,000 cheque presented by Jim Murphy Managing Director of Carroll’s tobacco, the award’s sponsors. He took the highest number of awards for one competitor since the competition began twelve years ago with second place in four categories of prizes - features, people, individual study and picture essay.

Noel Gavin from The Star newspaper won first prize in the news category for his photo titled 'Captured’. Billy Stickland won the top award in the sports category. 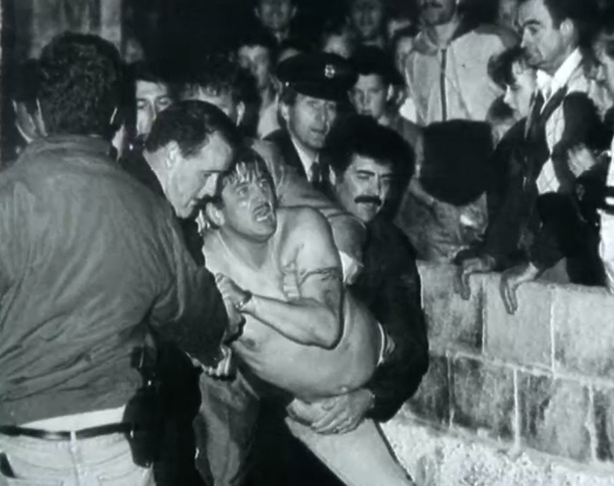 An RTÉ News report broadcast on 19 April 1990. The reporter is Teresa Mannion.