Following a fruitful year and a number one single the Boomtown Rats singer Bob Geldof looks to the future.

It has been a successful year for the Boomtown Rats, achieving a number one in the charts with the single 'Rat Trap'

The band recorded their first album 'The Boomtown Rats' in Germany and then moved to England. Before embarking on a tour, the band worked on their business affairs. But during this seemingly fallow period they,

Kept hearing reports from Ireland that we'd blown it and that we were never going to do anything.

Prior to relocating to England, the Boomtown Rats along with Nightbus and Cheap Thrills took part in the 'Falling Asunder’ tour. This venture was put together with £150 and Bob recalls playing to three people in one venue and to 60 people on a successful night. However with twenty two people on the tour, they still broke even.

To alleviate the monotony of essentially playing the set every night, when performing live, Bob dramatises the lyrics. The Boomtown Rats make a point of enjoying themselves on stage, something which is frowned upon by some critics.

Joking aside, he reveals the Boomtown Rats will be going to the United States of America. They are number one on the import charts with is an indicator there is a market for their music. While Bob has some idea of how to crack England and Ireland, he is less sure about the States.

'Invitation To Rock' was broadcast on 23 December 1978. The presenter is Dave Heffernan. 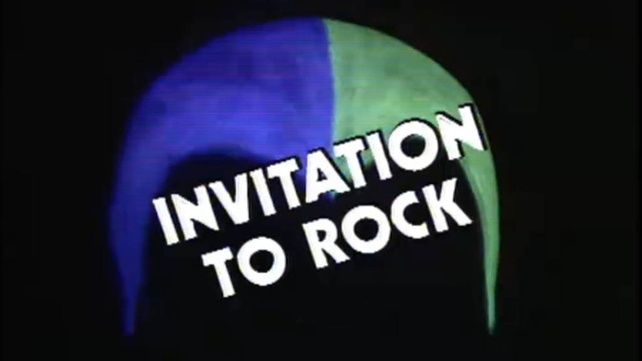