In 1985 the Irish government contributed £250,000 to the Live Aid fund. The cheque was presented to Bobby Gahan, RTÉ Assistant Director-General and Chairman of the Irish Trustees Live Aid Fund.

This donation was unique in that very few other governments made such a financial contribution.

extraordinary response out of all proportion to any other country in the world.

On 20 September 1985, a cheque for over £7 million was presented to Bob Geldof by President Hillery, as the Irish contribution to Live Aid.

An RTÉ News report broadcast on 29 July 1985. The reporter is Michelle McCaughren. 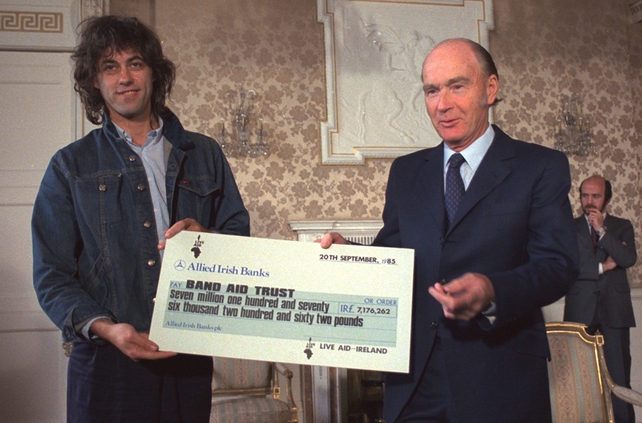