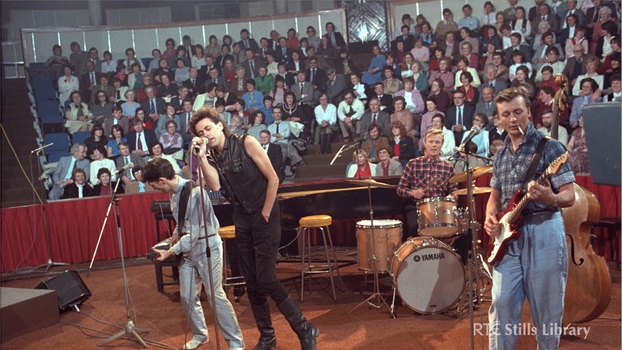 This episode of The Late Late Show was broadcast on 13 March 1982. The presenter is Gay Byrne.

'The Late Late' was broadcast from Goffs in Kildare that night as the RTÉ studio in Donnybrook was being used for that year's National Song Contest.