Phil Lynott chats to Gay Byrne about love, marriage, children and moving back to Dublin.

Suited and booted in a dazzling cream "tin of fruit", Gay Byrne introduces Phil Lynott as a guest on 'The Late Late Show' describing him as

All show biz and snazz

Phil has recently moved to Howth in north county Dublin and talks to Gay about missing Ireland when he's away.

If I don't get back to Dublin within three months, then I really to suffer from homesickness.

On his marriage to Caroline Crowther in 1980 he says

It's made me faithful to one woman

Phil also tells Gay about finding fame and how his life has now changed since the early days of Thin Lizzy.

When Thin Lizzy started I had a bit of a wild boy image.

Phil explains that his name is being linked with a number of acting roles and he may have the opportunity to play one of his heroes Jimi Hendrix.

He showed to me that a black fella could be the front of a band and like, be completely respected for what he did. 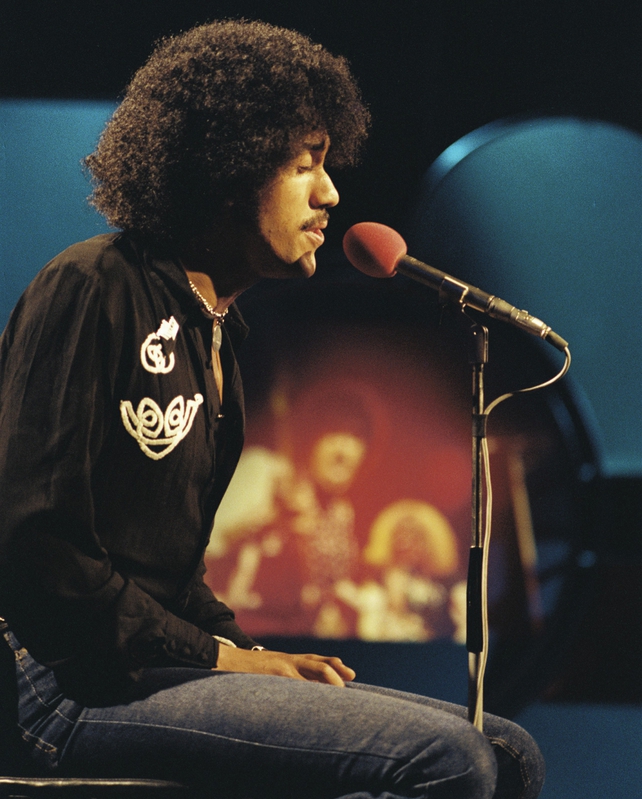