Phil Lynott presents an award to a new Irish band and announces that Thin Lizzy will disband when their current tour comes to an end.

The winners of the 1983 Stag Hot Press Newcomers Award are Max, a three-piece band who are Marian Woods on vocals, Conor Kelly on guitar and Ingmar Kiang on bass.

Having just performed on 'The Late Late Show', they are presented with their award by Phil Lynott, who, according to Gay Byrne,

We have invited along a man to present you with your award now who started precisely like you did, twelve, maybe fifteen years ago...and with his own band he’s carved for himself a unique niche in Irish show business.

Thin Lizzy are in the RDS tonight, and the following night. These are the last concerts they will play in Ireland, before departing on a farewell world tour.  When will Thin Lizzy officially be no more, and what will happen then? According to Phil,

We’re going to knock it on the head at the end of the year, and I don’t know, I’m going to spend some time at home I think.

Phil is also a recipient of a Stag Hot Press award.  His appearance is short and sweet, because

There’s about 10,000 people waiting for this guy in the RDS right now, you should have been on fifteen minutes ago.

This episode of ‘The Late Late Show’ was broadcast on 9 April 1983. 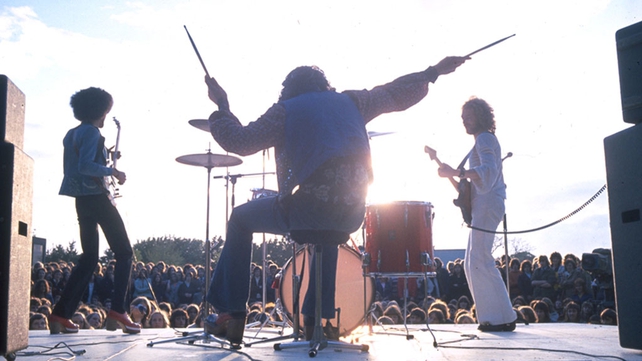