Clannad are back in the Donegal Gaeltacht to celebrate their tenth anniversary with a concert in the family pub.

Folk superstars Clannad play to hundreds of thousands of fans around Europe each year. But no matter how far they travel, each year they play in the pub where they first got together, Leo’s Tavern (Tabhairne Leo), opened by their parents Leo and Máire (Baba) in 1968. 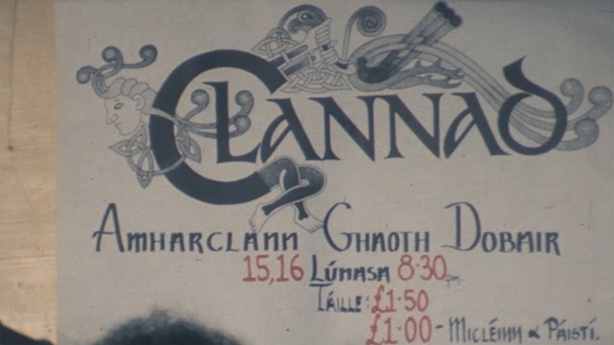 This area between Gweedore and Ranafast is the place where we get all the songs from and we’d like to play the songs back to them with a different arrangement.

While at home the band members relax and recharge their batteries in readiness for their next tour which will see them play in America and Canada before returning to play in Europe again.

The band are celebrating ten years together and any initial pressures have long gone and the individual band members get along well as a group.

Living in the Donegal Gaeltacht 1969