Ireland's Queen of Pantomime Dr Maureen Potter was very impressed by the use of Latin during the ceremony, while Gay Byrne is anticipating confusion over the meaning of his new title of Dr Gay Byrne. 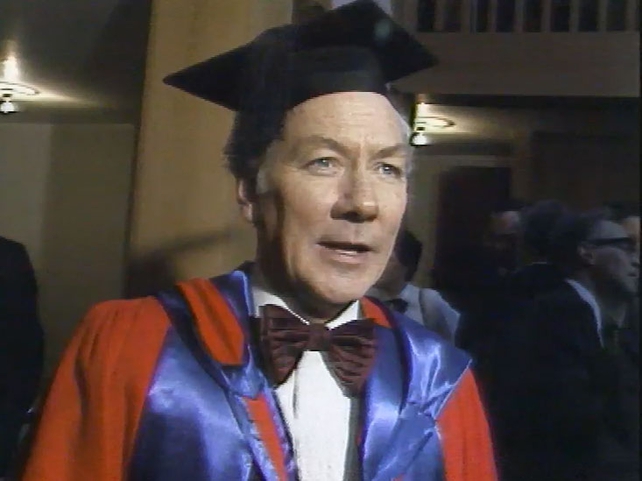 An RTÉ News report broadcast on 3 March 1988. The reporter is Brian O'Connell.