The architect responsible for the Civic Offices, the Central Bank, and the ESB Headquarters in Dublin talks about his life and work.

Sam Stephenson describes the motivations behind his designs. The architect defends his sometimes controversial work in Dublin in light of planning regulations, public space and the statements his buildings make in the city.

On the Central Bank he says, 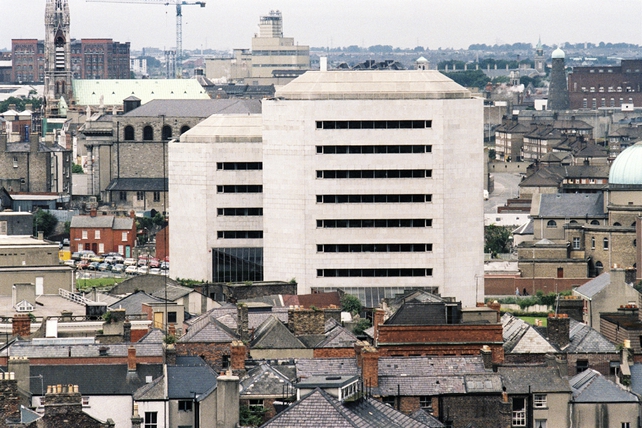 He does not consider that a city should consist entirely of contemporary architecture.

This episode of Hanly’s People was broadcast on 6 October 1986. The presenter is David Hanly. 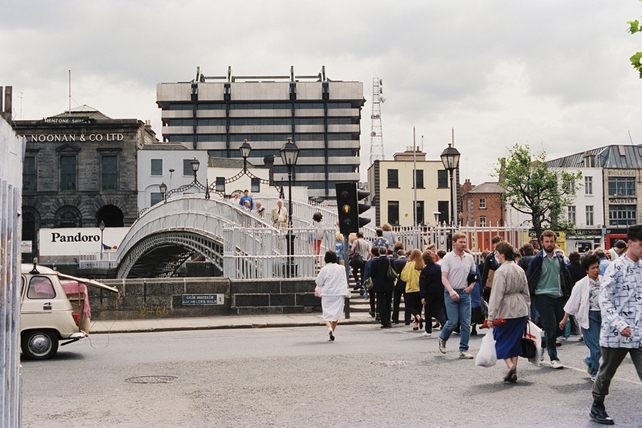 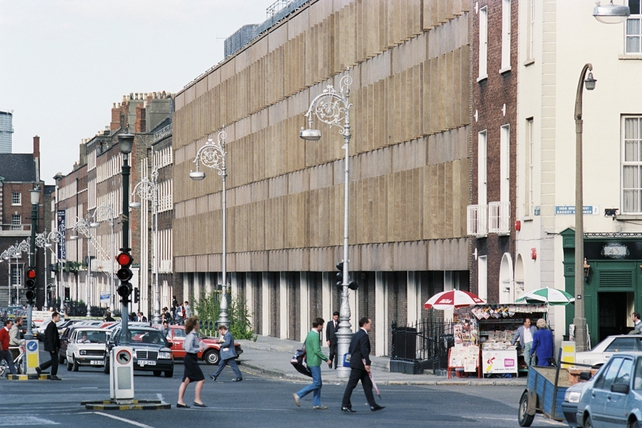 ‘Hanly’s People’ was a weekly programme featuring a guest in conversation with presenter David Hanly in a living-room setting for half an hour. Each guest was someone in the news, making the news, or behind the news. They were drawn from all spheres of public life, including politics and the arts. ‘Hanly’s People’ was first broadcast on 6 October 1986 and ended on 6 June 1991.