Ireland's Central Bank was refused planning permission to build a 15-storey office block in Dublin in 1969.

Architects Stephenson, Gibney and Associates had submitted plans for a development around a plaza on Dame Street not far Foster Place, where the Central Bank was located at the time. But Minister for Local Government Kevin Boland felt that the building would intrude excessively on the skyline and be out of scale with existing developments. Tom McCaughren reports on the decision for RTÉ News. 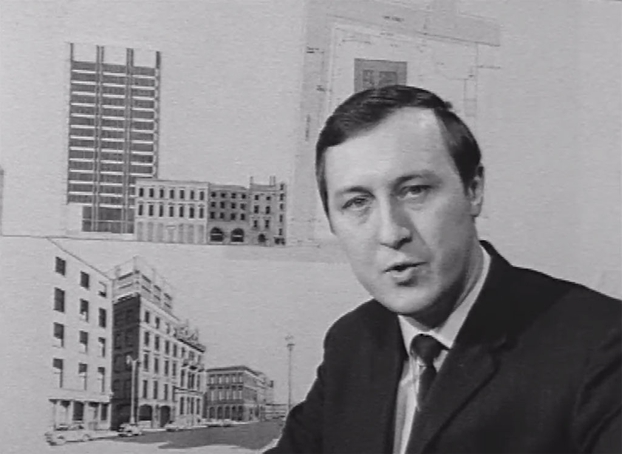