RTÉ News reports on technological developments at Irish banks in 1979.

Plans are under way to introduce automated teller machines. These computerised self-service points will be installed in local bank branches from the following year, allowing customers to withdraw money.

Meanwhile, the Barclay credit card was being replaced by an Allied Irish Bank visa card. Barclay card holders had been billed in sterling, but the new visa card would use Irish pounds. Visa development manager Pauline Martin says that customers will also be able to use the card abroad in more than 120 countries at more than three million outlets. 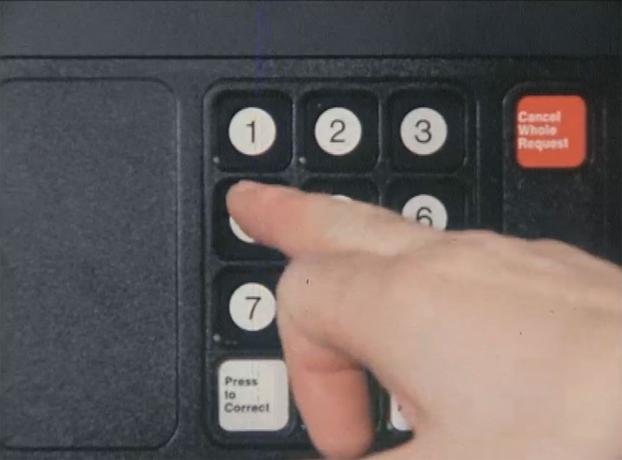