After years of disputes, protests, and legislation, the civic offices finally open at Wood Quay.

Dublin Corporation's new civic offices at the controversial site on Wood Quay were officially opened. The opening marked the end of 25 years of acrimony, legal challenges, and protests.

Plans for the offices go back to the late sixties, but years of objections and excavations on the Viking site delayed the completion of the building.

An RTÉ News report broadcast on 29 January 1995. The reporter is Tony Connelly. 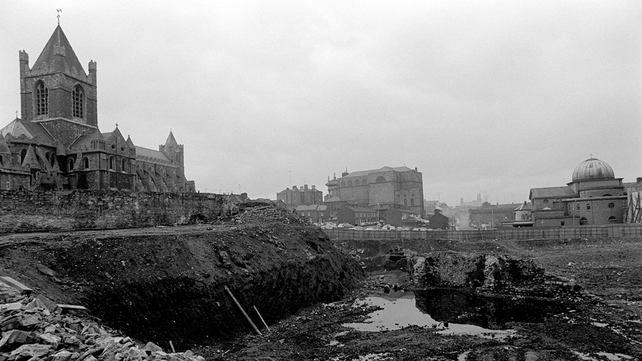 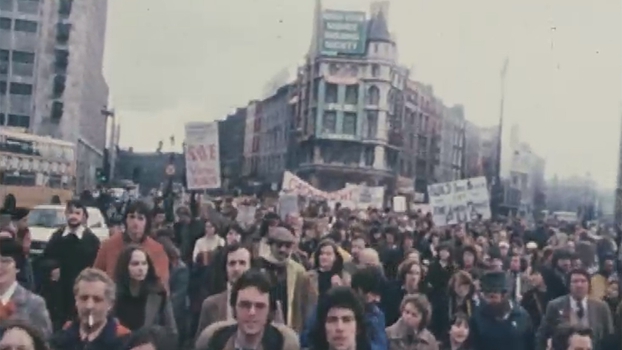 Protesters against the development at Wood Quay (1978)