Officially opened in 1969 by An Taoiseach Jack Lynch, the Dursey Island cable car connects Dursey Island with the West Cork coastline. It is hoped that the cable car will provide the islanders with a connection to the mainland and keep island life alive.

The strip of sea between Dursey Island and the West Cork mainland is a mere 220 yards wide but in weather like this with a gale blowing, it becomes so treacherous that the island is completely cut off for almost a month and a half of every year.

Father Michael Keane outlines some of the drawbacks for islanders of living in relative isolation and the practical challenges they face from day to day. Depopulation on the island is also an issue. Around a hundred years ago, there were 237 people living on the island. Now, there are only 53. Father Michael is trying to stop the rot on Dursey Island by encouraging the islanders to get into tourism, to develop the area and provide them with a reason to stay.

Father Michael and the West Cork Development Team are credited locally with getting the cable car to the island so that islanders can stay connected with the mainland all year round.

The lifeline meant to keep the island alive.

This episode of 'Newsbeat' was broadcast on 21 January 1970. The reporter is Michael Ryan. 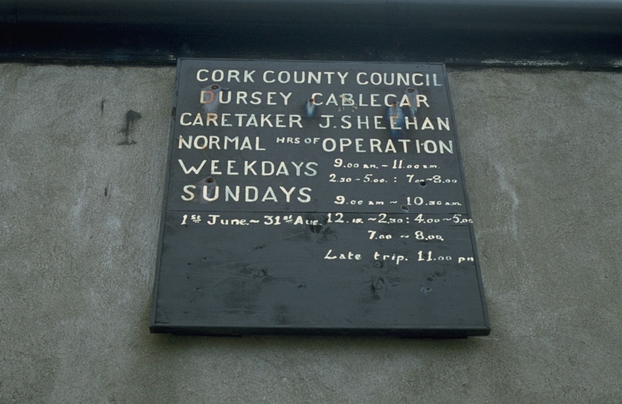