The Dublin Bike Scheme launches with 450 bicycles at 40 stations around the city.

The first day of the Dublin Bike Scheme which was first proposed by Labour Councillor Andrew Montague back in 2004.

About 150 people including Andrew Montague, members of Dublin City Council and representatives from J.C. Decaux, the advertising sponsors of the scheme, were at Christchurch for the launch.

Plans are now in place to expand east to the docklands and west to Heuston station, adding 58 stations in total and bringing the number of bikes to 1,500.

An RTÉ News report broadcast on the 13 September 2009. The reporter is Mary Calpin. 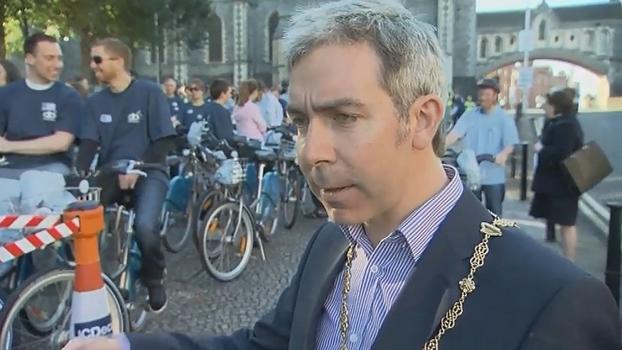