In 1983 railway enthusiasts had the chance to sample the bygone era of the steam train.

Young and old clambered aboard a train pulled by steam engine number 184 of the Great Southern and Western Railway for a nostalgic journey from Connolly Station in central Dublin to Bray in Co. Wicklow.

An RTÉ News reports on 24 September 1983. The reporter is Alan McCullough. 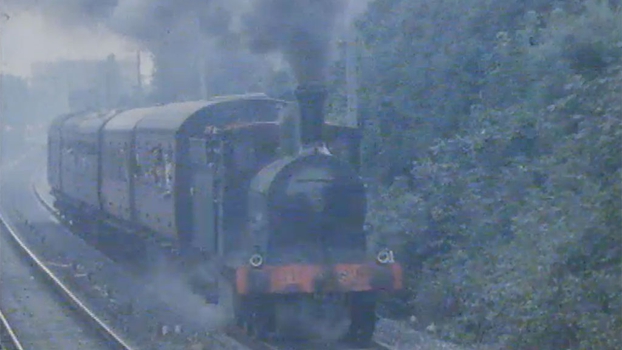