A daily service between Waterford and Gatwick Airport in London is the first route launched by Ryanair. A group of local businessmen boarded the 15-seater Embraer Bandeirante aircraft flying to London. The daily flights to Gatwick were the first international scheduled air service from Waterford, making it Ireland's fourth international airport. It was hoped that the new route will make the southeast of Ireland more attractive to business and industry. 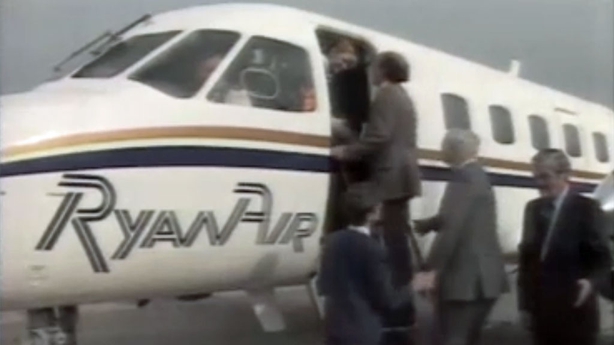 The new service was initially aimed at businessmen, with an outward flight from Waterford at 8.30 am and a return one 12 hours later, so that they could have a full day in London without having to overnight.

Ryanair flights from Dublin airport to Luton followed in May 1986.

An RTÉ News report broadcast on 8 July 1985. The reporter is Michael Ryan.