Presenter Vincent Hanley and producer Conor McAnally had been inspired by MTV and the growing popularity of music videos to create a weekly programme of their own showcasing all the latest videos with links from Hanley in New York.

Here is the opening of an edition of 'MT USA', broadcast on 9 November 1986, featuring Vincent Hanley and some very 1980s graphics.

'MT USA' was produced by Green Apple Productions. Bill Hughes became a producer on the programme in 1985. It ran for three seasons until 1987, when Vincent Hanley died. 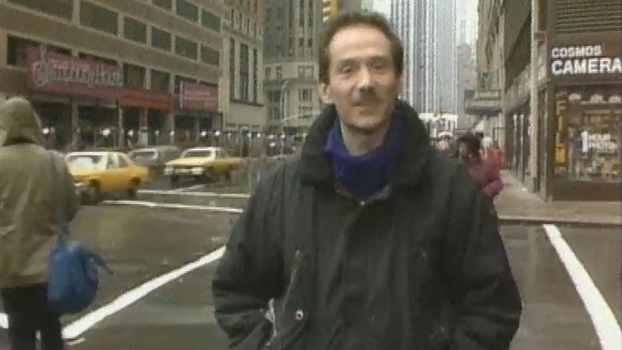