A look at a new emerging arts scene in Belfast.

Harry McGee meets some young artists in the city, including Aisling O'Beirn, who uses bottles, plaster and plants to explore issues of architecture and post-colonialism. Cheap rents have helped attract artists to Belfast.

At the Catalyst Arts Gallery and the Ormeau Baths Gallery more cutting-edge work is being created. There are also organisations such as Exchange Resources, that help expose artists to what is happening in other countries. 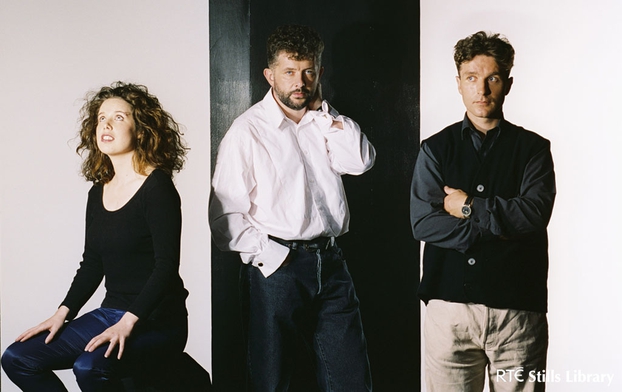 This episode of  was 'Cúrsaí Ealaíne'  broadcast 10 December 1995. The reporter is Harry McGee.

'Cúrsaí Ealaíne', the television arts programme that was broadcast from 1994 to 2000. 'Cúrsaí Ealaíne' was particularly noted for its coverage of the visual arts.