Bláthnaid Ní Chofaigh looks at the growing popularity of Irish-language education outside the Gaeltacht.

The number of Gaelscoileanna outside the Gaeltacht more than doubled during the 1980s.  Bláthnaid Ní Chofaigh investigates the rise of Irish-language education in this 'Scaoil Amach an Bobailín' report from 1990.  First she meets Deirbhile Nic Craith, director of Gaelscoileanna Teoranta, the organisation tasked with developing and supporting this sector.  Nic Craith says there are now more than 200 gaelscoileanna in the country. While they get extra capitation grants from the state, they don't get financial support from their local parishes, which makes them more independent than other schools.

Ní Chofaigh then goes to Gaelscoil Inse Chór in Dublin, where she meets children who are learning everything through Irish, their second language.

This edition of 'Scaoil Amach an Bobailín' was broadcast on 21 October 1990. 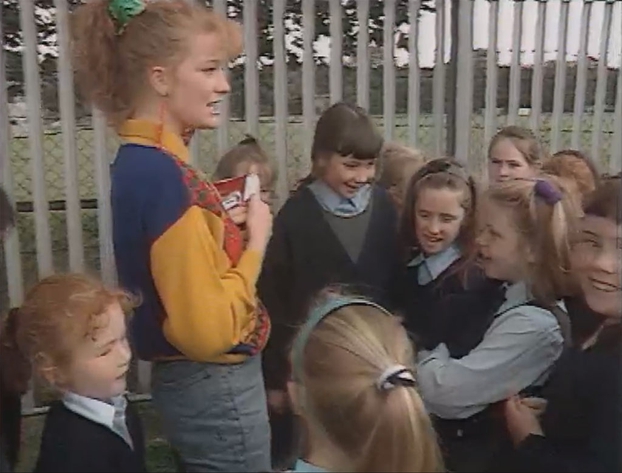