For a second year young people protest over the proposed nuclear power plant near Carnsore Point in Wexford.

Demonstrators arrive for a three-day rally at the campsite, where there are food stalls and workshops in progress. There is also a creche for the children.

The rally would be attended by over ten thousand people. Opposition to the nuclear plant was such that the plan was eventually dropped. 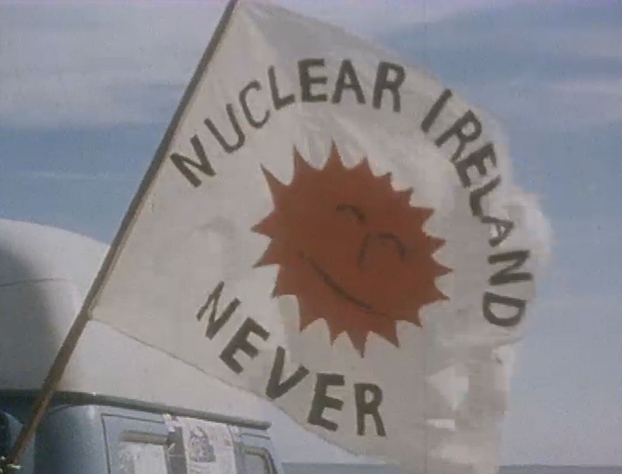