Anti-nuclear protesters highlight their cause on Bastille Day outside the French Embassy in Dublin in 1995. The protest was organised by Greenpeace.

Bastille Day is a National Day in France commemorating the storming of the Bastille and the beginning of the French Revolution on 14 July 1789.

In 1995 the day was marked in Dublin with a garden party at the French Embassy. The event was attended by members of the diplomatic corps and French citizens. However, political parties in Ireland boycotted the event. The only politician to attend was Tomás Mac Giolla of the Worker's Party, who handed a letter of protest over the resumption of French nuclear testing to the French Ambassador.

Around 70 protesters lay on the road outside the embassy symbolising the death caused by nuclear weapons. However, not everyone supported the protest. Michael Slattery of the Irish Farmers Association comments that the protests may damage economic relations between Ireland and France. Among the protesters were a number of Fijians concerned about nuclear testing in their region. The demonstration ended with a song from Luka Bloom. 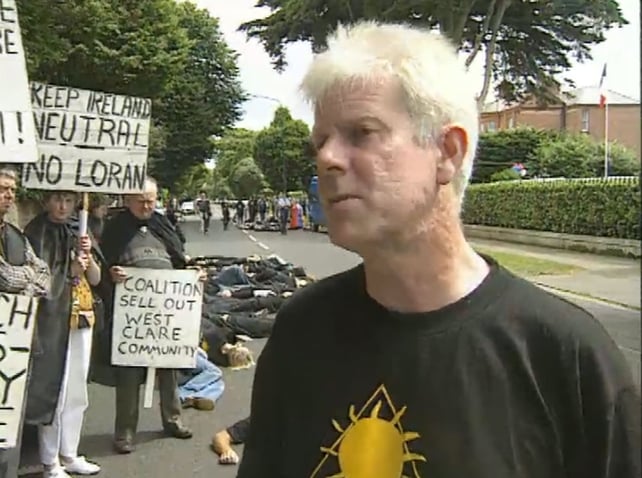 John Bowler, Greenpeace Ireland, spoke to RTÉ News and asked that the Irish government recall the Irish Ambassador from Paris, which he feels would send a strong message to President Jacques Chirac about how the Irish people oppose nuclear testing.

An RTÉ News report broadcast on 14 July 1995. The reporter is David McCullagh.