Celebrating the 21st anniversary of the Garda Representative Association.

The popular bilingual chat show 'Trom agus Éadrom', took its name from the mix of heavy and light content the show covered. The series was presented by Liam Ó Murchú, who was on a mission to,

If people wanted to contribute to an Irish-language discussion in English, then that was fine with him. 'Trom agus Éadrom' was a very popular format that ran from 1975 to 1985.

This extract is taken from a special edition celebrating the 21st anniversary of the Garda Representative Association, broadcast on 15 May 1983.

A light-hearted debate on respect for the Gardaí is followed by a performance of the Garda band conducted by Tommy Boyle. The studio audience of Gardaí dance along. 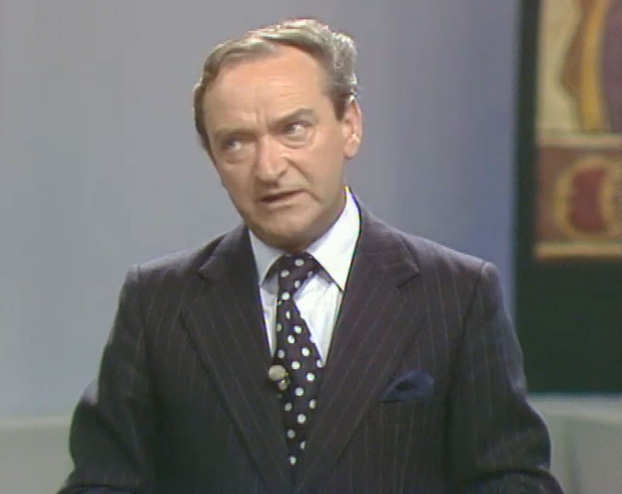