The Lark in the Park free summer gig at St Anne's Park, Raheny passes off without incident.

Under tightened security, the 10th concert in the RTÉ Radio 2 In Dublin sponsored Lark in the Park series is takes place at St Anne’s Park in Raheny.

In order to prevent a repetition of the violence seen at the Blackrock Lark in the Park held in July 1986, the concert’s organisers have doubled security. However they need not have worried as the crowd of more than 10,000 people are clearly there to enjoy the music. The five hour long concert is held in an atmosphere of good humour and without any of the trouble that marred the Blackrock concert.

The line-up for the event features four bands; Paul Cleary and the Partisans, The Fountainhead, Light a Big Fire and Assassin. 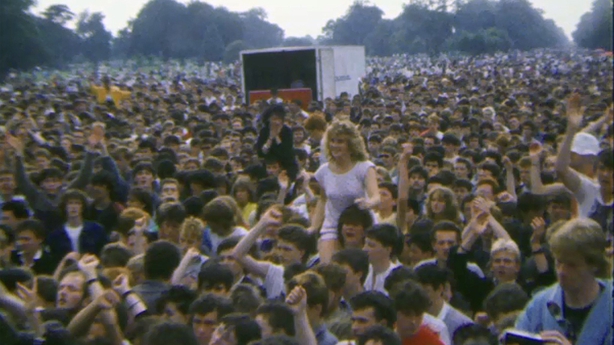 RAHENY
LARK IN THE PARK