The worst of the violence happened at half-time when rival fans clashed on the pitch and the terraces.

Five members of the Gardaí and 12 supporters were injured. Over 3,000 Rangers fans had travelled from Scotland with many more coming from Northern Ireland.

There was further violence in Phibsboro near the ground following the game and local youths in Dundalk and Louth attacked the convoy of Rangers fans travelling back across the border.

I was appalled be the behaviour of some of our followers. One can tolerate a certain amount of boisterous enthusiasm but what we saw here tonight was a disgrace to football and a sad reflection on Rangers club.

This 'Today Tonight' report looks at events at Dalymount Park from precautions put in place before the match to prevent violence to the escalation of tension between fans as the game was played. Despite steel fences and a strong Gardaí presence, the actual football was relegated to a side issue as casualties mounted on the terraces.

The result of the match was Bohemians 3 Rangers 2 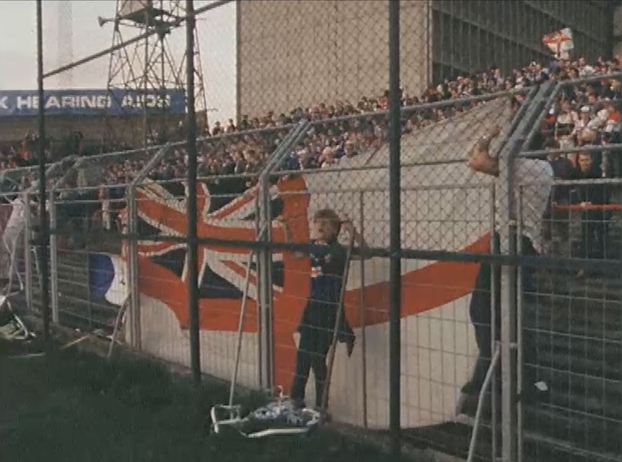