Shamrock Rovers bowed out of the European Cup following a preliminary round defeat to Rapid Vienna.

The Austrian side went through after a 5 - 0 win over two legs. Trailing 3-0 heading into the second leg Rovers were always going to be up against it. In front of 30,000 spectators at Dalymount Park Rovers were not able to rise to the occasion. Rapid Vienna dominated the game winning 2-0 with second half goals from Franz Wolny and Rudolf Flogel.

As both sides normally wear green and white Shamrock Rovers togged out in yellow to avoid a clash of colours. Not that you can tell in this black and white footage.

The highlights shown here are from the 'Sports Special' programme the game was played on the 30 September 1964. The commentator for RTÉ is Philip Greene 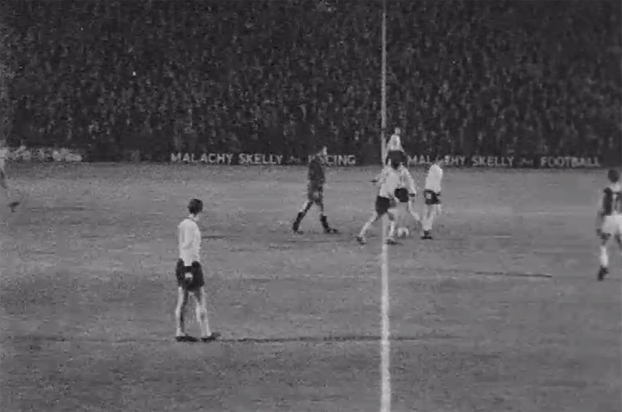