A nation held its breath before a David O'Leary penalty put Ireland through to the quarter finals of Italia 90.

The Republic of Ireland soccer team was competing at the country's first World Cup finals. Following three draws in Group F matches they played Romania in the Stadio Luigi Farraris in Genoa, Italy, on 25 June 1990. The game finished 0-0 and with still no score after extra time it was a penalty shoot out between Ireland and Romania.

If big Dave can put this away Ireland are through to the quarter finals of the World Cup. He steps up and it is in the back of the net, oh yeah!  Rome, here we come!

The match was broadcast live on RTÉ Radio on 25 June 1990. The commentators were Gabriel Egan and
Jim Beglin. 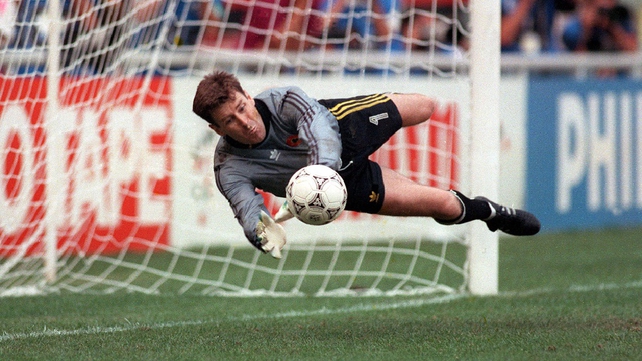