Pelé visits the Republic of Ireland soccer squad at a training session in Terenure College Dublin.

The Brazilian footballer Edson Arantes do Nascimento, known as Pelé is paying a short visit to Dublin as an ambassador for United Nations Children's Fund (UNICEF). UNICEF is the beneficiary of the charity match between Ireland and Argentina scheduled to take place in Lansdowne Road on 29 May 1979.

While in Dublin, Pelé visits the Republic of Ireland squad who were training at Terenure College. Manager John Giles introduced the football legend to the Irish players. Autograph hunters engulfed the Brazilian star. 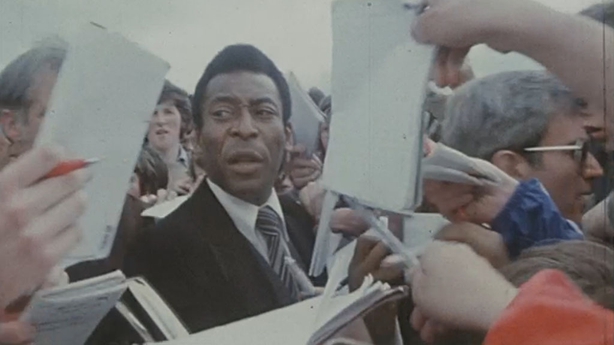 Pelé chatted and posed for photographers with members of the Irish soccer team, including Liam Brady and Paddy Mulligan. 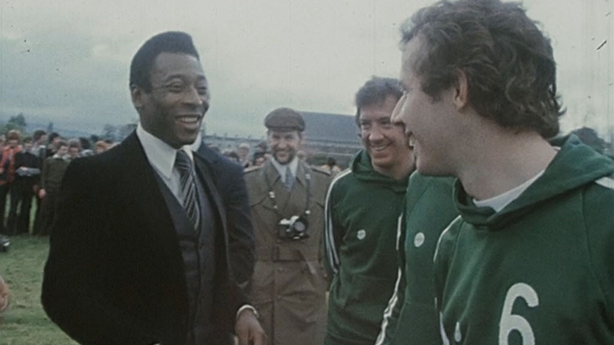 Pelé arrived in Dublin Airport on the evening of 20 May and left on morning of 22 May 1979. During his stay he also visited the Temple Street Children’s University Hospital, was a guest of the Lord Mayor of Dublin Patrick Belton at the Mansion House, was interviewed in RTÉ and met with UNICEF volunteers.