The people and town of Coachford in County Cork are the stars in this opening sequence for 'Hall's Pictorial Weekly'.

The people of Coachford go about their daily business, cycling, dog walking, beer deliveries, shopping, or simply just out to pose for the cameras. 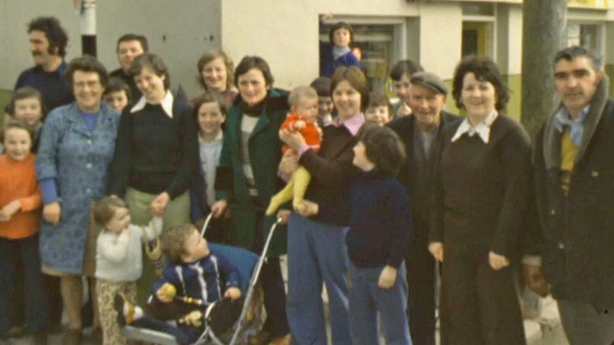 This episode of ‘Hall’s Pictorial Weekly’ was broadcast on 18 March 1976.