The people and town of Roscrea, County Tipperary star in this opening sequence of 'Hall's Pictorial Weekly'.

A bright day in Roscrea as locals go about their daily business. The streets are busy with pedestrians and traffic and children play football and pose for the cameras. 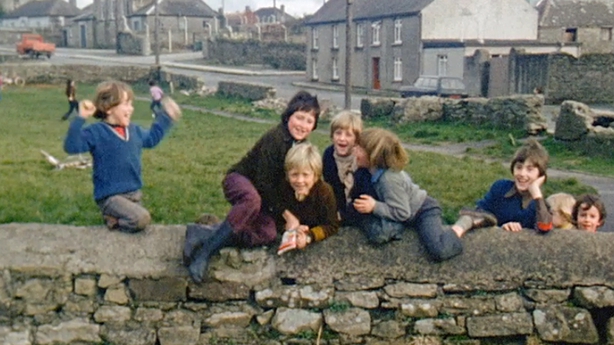 Children post for the cameras in Roscrea, Hall's Pictorial Weekly (1975) 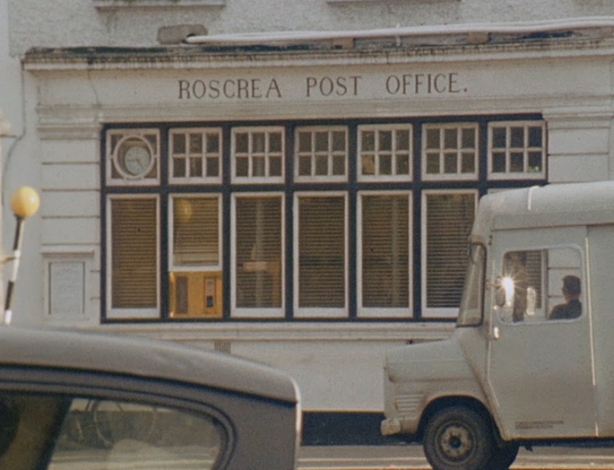 This episode of 'Hall's Pictorial Weekly’ was broadcast on 18 December 1975.