The people of Goresbridge are the stars of this opening sequence to 'Hall's Pictorial Weekly'.

A nice if slightly overcast summer’s day gives the men of Goresbridge in County Kilkenny an opportunity to tidy up the streets and do some painting.

Schoolgirls hang around the village, while others make their way home in a leisurely fashion. The tennis court seems to be a place to congregate also.

Children play on the streets, and the petrol pump on Main Street has a customer.

We also see the town’s namesake, Gore’s Bridge, which links County Kilkenny to County Carlow. A nine arch Carlow granite bridge over the river Barrow, it was constructed in 1756 by Colonel Ralph Gore, the Earl of Ross. 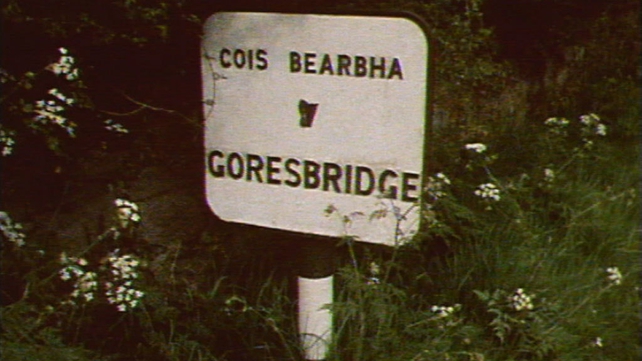 This episode of 'Hall’s Pictorial Weekly' was broadcast on 7 June 1978.