Flann O'Brien is recognised as one of Ireland's most original writers as a novelist, playwright and with a column in the Irish Times for over 25 years.

The RTÉ production 'Anthology: The Worlds of Flann O'Brien' is based on material taken from Flann O'Brien's 'At Swim Two Birds' 'The Third Policeman' and 'Cruiskeen Lawn'

I wouldn't mind only..

David Kelly plays the part of the Dublin man who begins his tale with,

You heard about the mad brother in law coming home on a visit out of the British army three quarters in the jigs?

Boastful, kindly, absurdly resourceful, frequently in error but always infallible he is the monstrous epitome of a certain type of Dubliner we have all encountered.

'Anthology: The Worlds of Flann O'Brien' was broadcast on 18 November 1970. 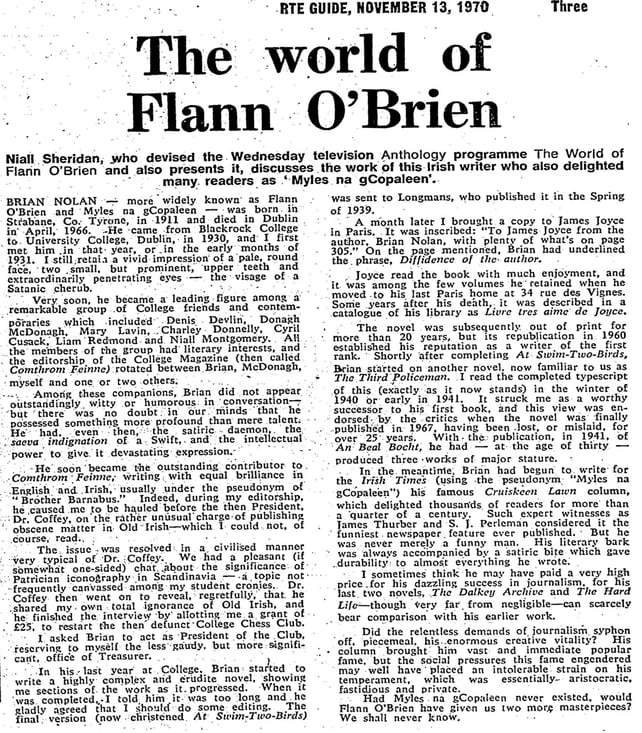