The people and village of Castledermot in Kildare star in the opening sequence for 'Hall's Pictorial Weekly'.

A sunny day in Castledermot as cyclists, farmers in their tractors and the village residents go about their business, enjoying the summer weather and ice cream.

This episode of ‘Hall’s Pictorial Weekly’ was broadcast on 11 July 1979. 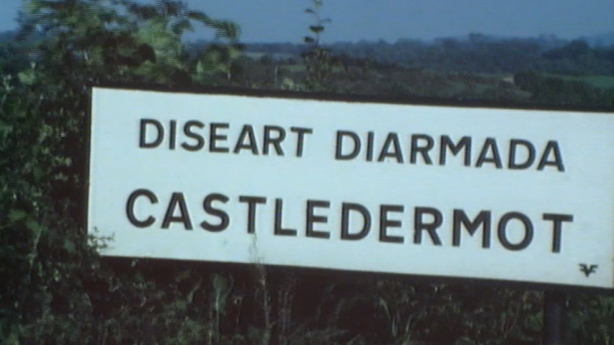