The people and the village of Mullinahone in County Tipperary caught on camera.

This opening sequence for this epsiode of ‘Hall’s Pictorial Weekly’ features the village of Mullinahone in County Tipperary.

The village is fairly quiet and the local post office is closed. There are a few people cycling bicycles, a man drives a tractor and a Guinness lorry makes a delivery. Most people out and about are on foot, and they include a woman and her son leading a goat down the street tethered by a rope. Behind them, a man carries a kid. 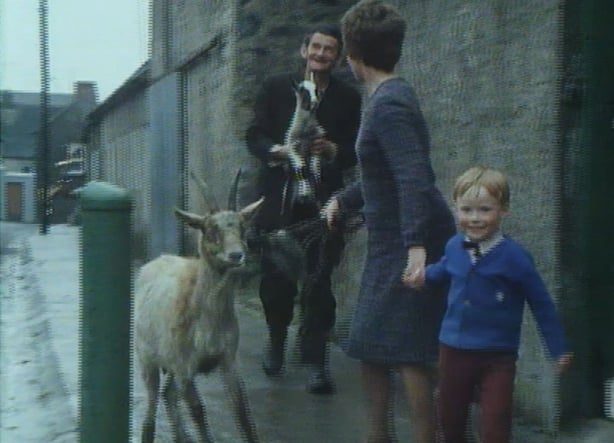 This episode of ‘Hall’s Pictorial Weekly’ was broadcast on 20 June 1979.