The people of the village of Oola in Limerick are the stars of this opening sequence to 'Hall's Pictorial Weekly'.

Some of the Oola residents are not to keen on the camera, as they seek shelter behind hedges, duck into a shop, or simply wheel their bicycles away in the opposite direction.

Surrounded by hills from which its name is most likely derived, Oola, in Irish ‘Na h-Úlla’ or ‘Úlla’ is in the barony of Coonagh. It is situated on the main Limerick to Waterford Road near the Tipperary border. Oola Castle, a sixteenth century ruined tower house, stands not far away.

The village is approximately eight kilometres from Soloheadbeg, site of the first action of the War of Independence on 21 January 1919. 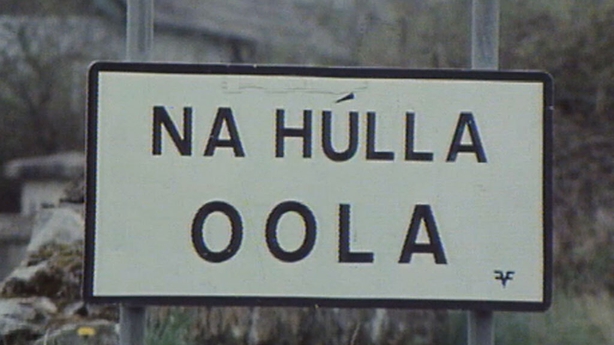 This episode of ‘Hall’s Pictorial Weekly’ was broadcast on 30 May 1979.