The people and village of Croom in Limerick are the stars in this opening sequence of 'Hall's Pictorial Weekly'.

As the people of Croom go about their daily lives, they take time to pose for the cameras.

One local man even brought his own camera out to document the visit of the RTÉ crew to the village. 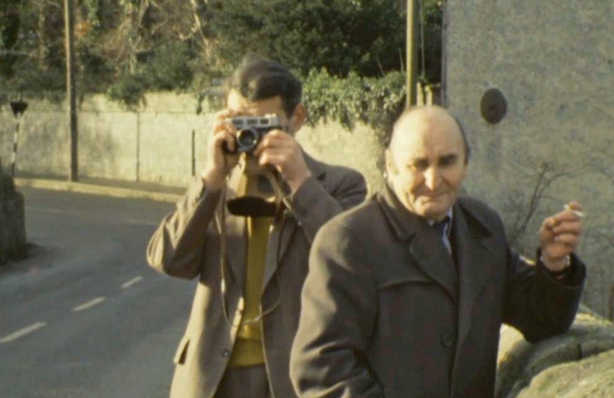 Photographing the cameramen in Croom.

This episode of ‘Hall’s Pictorial Weekly’ broadcast on 29 January 1976.