These scenes filmed in December 1975 show the people of Baltinglass in County Wicklow going about their daily business in Market Square, Main Street and Middle Street. 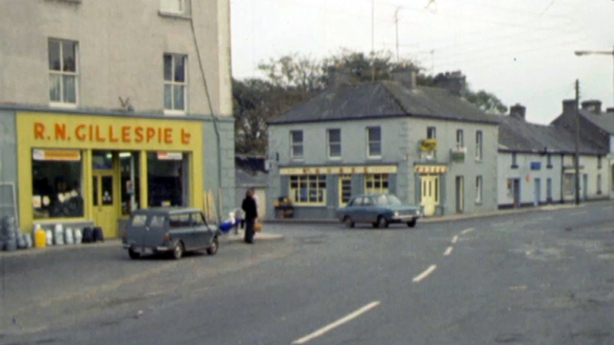 Once a week, from June to September, the 'Hall's Pictorial Weekly’ film crew would arrive at a town or village in Ireland. They would film the people and the place and return to RTÉ where the footage was edited and put to music.

People the length and breadth of the country tuned in religiously, in case it was the turn of their town or village to have a few minutes of fame.

This episode of ‘Hall’s Pictorial Weekly’ was broadcast on 15 January 1976.