On the road with comedian Hal Roach.

'That's Entertainment' follows Hal Roach down the country for a one night appearance in Baltinglass, county Wicklow. This programme was the first in a series looking at various forms of entertainment in Ireland.

I don't mind being a grandfather. It's the idea of sleeping with a grandmother puts me right off.

After losing his way three times Hal finally arrives at the venue and sets to work immediately preparing for the night's show. Hal Roach delivers a set that pokes fun at himself, his mother-in-law, and the audience in Germain's. 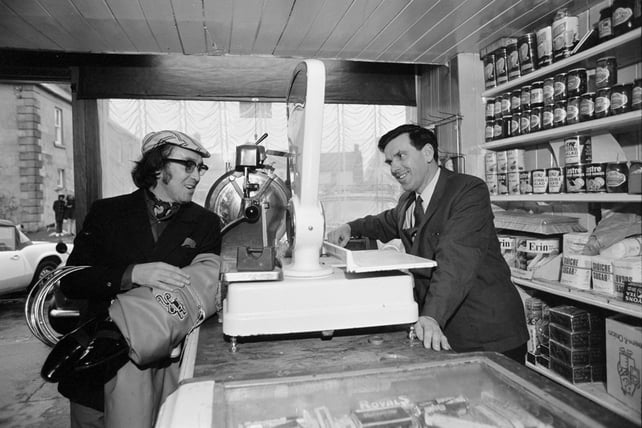 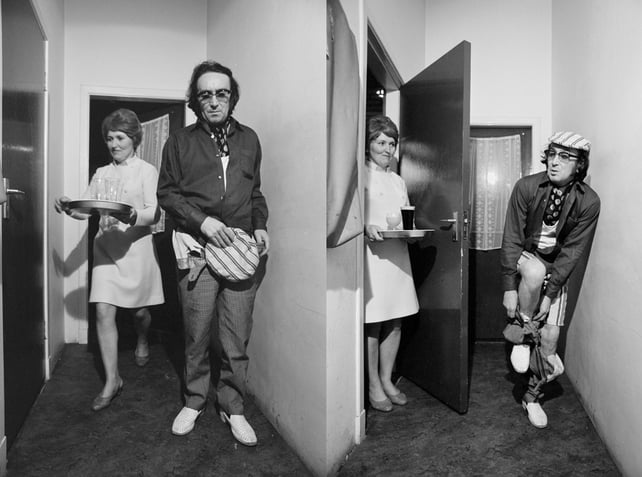 Hal Roach interrupted while he prepares for the show in Baltinglass 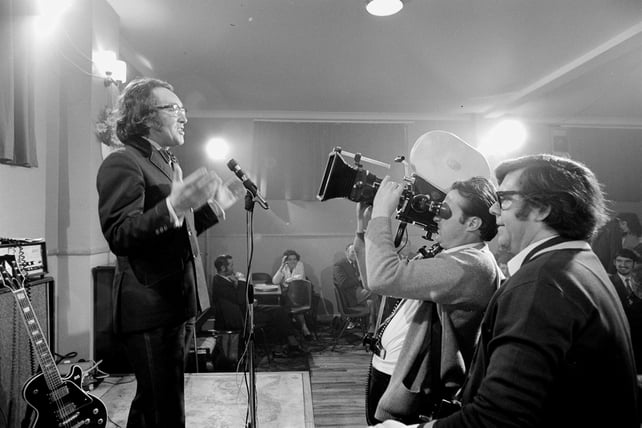 Hal Roach on stage in Baltinglass. Photos by Roy Bedell.

'That's Entertainment: The Comedian - Hal Roach' was broadcast on 27 April 1972.

Other programmes in the 'That's Entertainment' series look at festivals, the one-man show, cabaret, and the Showcase Awards.