The opening sequence for this episode of ‘Hall’s Pictorial Weekly’ features the village of Ballingeary in the Cork Gaeltacht region of Muskerry (Múscraí).

Everyone caught on camera, from a man driving a tractor to a large group of children and elderly people are eager to wave. 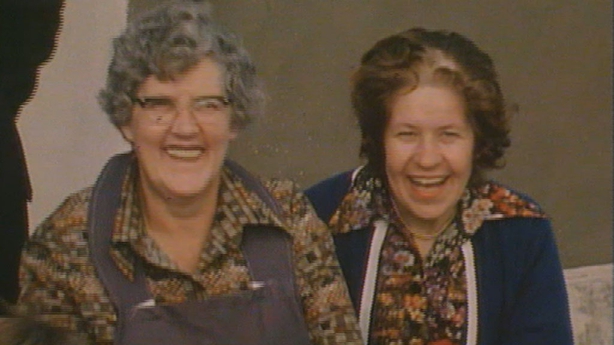 Other people are filmed going about their business include a man washing his car and a group of people watching a game of tennis.

This episode of ‘Hall’s Pictorial Weekly’ was broadcast on 28 November 1979.