In the fourth in a series of jazz sessions recorded in the Junior Common Room, Trinity College Dublin, the Noel Kelehan Quintet performs 'Turnaround' a blues written by American jazz musician and composer Ornette Coleman. This track features on his second album ‘Tomorrow Is the Question!’ released in 1959.

The Quintet are jazz pianist and arranger Noel Kelehan, Keith Donald on tenor and soprano saxophones, Mike Nolan on flugelhorn, Frank Hess on double bass and John Wadham on drums,

One of the finest drummers around.

The Noel Kelehan Quintet began performing together in 1976. In 1979 they recorded and released their album ‘Ozone’.

Noel Kelehan is the conductor of the RTÉ Concert Orchestra. From 1966 he conducted many of the Irish entries to the Eurovision Song Contest.

This episode of ‘Jazz’ was broadcast on 31 July 1980. The presenter is Bryan Day. 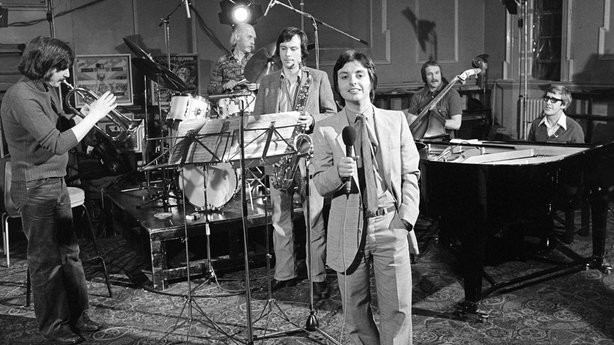