Ireland hosts the Eurovision Song Contest for the third year in a row.

Mary Kennedy introduces the contest from the Point Theatre, Dublin. This was the year that Ireland hosted the competition for the third year in a row. After Ireland's wins with 'Why Me?' by Linda Martin, 'In Your Eyes' by Niamh Kavanagh and 'Rock 'n' Roll Kids' by Paul Harrington and Charlie McGettigan, Ireland's hosting of the Eurovision was becoming an annual event.

Raidió Teilifís Éireann is pleased to welcome you once again to The Point Theatre in Dublin for, what has almost become, the annual Eurovision Song Contest of Ireland.

To the applause of the crowd Mary Kennedy acknowledges that Ireland is the first country to host the contest for three years in a row.

Raidio Telefís Éireann is delighted to be your host on this the occassion of the 40th Anniversary of the Eurovision Song Contest we're particularly proud that this celebration coincides with our own piece of history because tonight Ireland becomes the first country ever to stage the contest on three consecutive occassions.

Ireland remains the only country to win in three successive years, and won the contest again in 1996, meaning four victories were achieved in five years.

The 1995 Eurovision Song Contest was won by Norway with the song 'Nocturne' performed by Secret Garden. Ireland's entry 'Dreamin' performed by Eddie Friel was placed in 14th place. 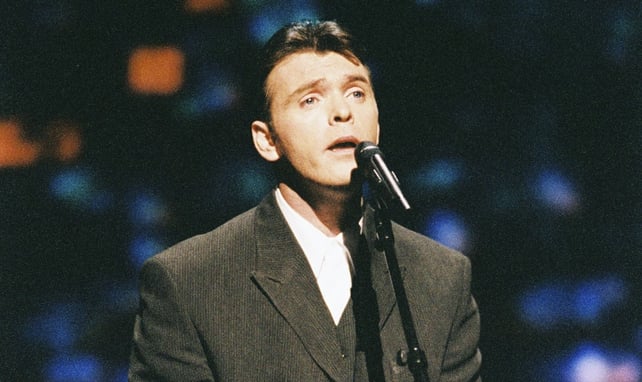