Riverdance the seven minute interval act is a hit at the Eurovision Song Contest.

The Eurovision Song Contest is held at the Point Theatre in Dublin. Ireland won the competition for the third time in a row with the song 'Rock 'n' Roll Kids' by Brendan Graham, sung by Paul Harrington and Charlie McGettigan.

A major hit on the night was the  seven minute interval act 'Riverdance', featuring Irish dancing champions Jean Butler and Michael Flatley, the RTÉ Concert Orchestra and the Celtic choral group Anúna with a score written by Bill Whelan.

'Riverdance' was produced and directed by husband and wife team John McColgan and Moya Doherty, who later turned it into a full-length show that has been touring the world ever since. 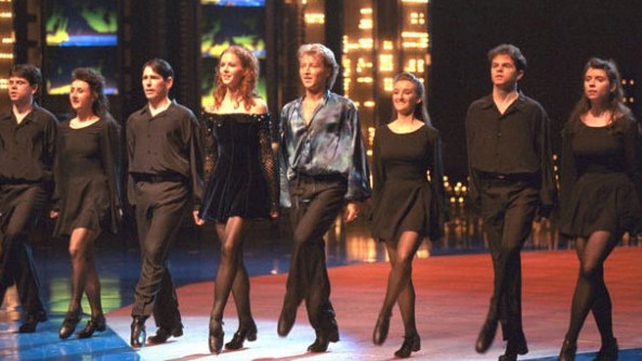 An RTÉ News report broadcast on 30 April 1994. The reporter is Colm Connolly.