Riverdance the interval act at the Eurovision Song Contest wows the audience.

'Riverdance' was first performed during the seven minute interval of the Eurovision Song Contest at the Point Theatre, Dublin on 30 April 1994.

In 1994, Paul Harrington and Paul McGettigan won the Eurovision Song Contest for Ireland with ‘Rock and Roll Kids’. However, it was the Riverdance that stole the show.

The performance featured Irish dancing champions Jean Butler and Michael Flatley, the RTÉ Concert Orchestra and the Celtic Choral Group Anúna with a score by Bill Whelan. Riverdance was produced and directed by husband and wife team John McColgan and Moya Doherty. 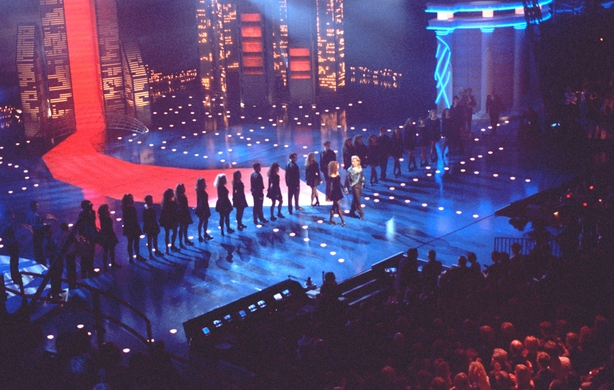 ‘Riverdance’ mixed traditional and modern music, choral singing and Irish dancing, and presented them in a totally new way. Over 300 million European television viewers were watching and out of this initial performance came ‘Riverdance’ the show.

In February 1995, the world premiere of ‘Riverdance’ the show was held at the Point Theatre, Dublin. ‘Riverdance’ went on to become an international commercial success around the world.

The Eurovision Song Contest was presented by Cynthia Ní Mhurchú and Gerry Ryan and broadcast 30 April 1994. 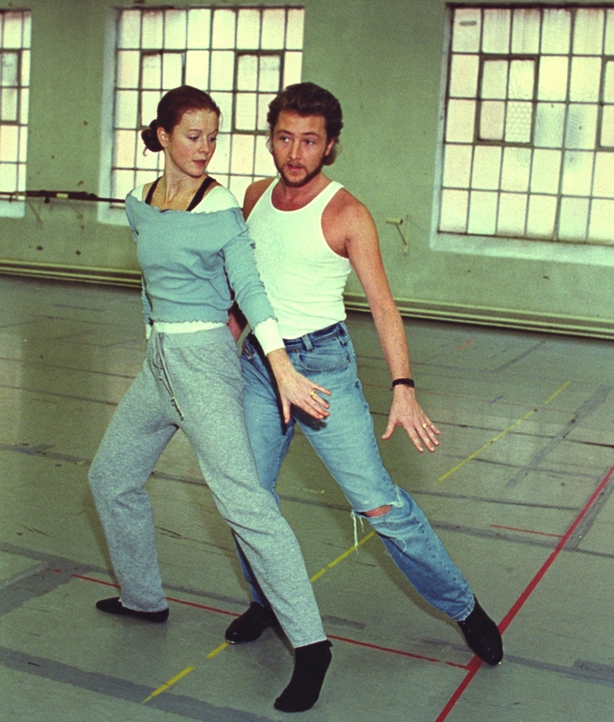