The Cork woman named housewife of the year is a plain cook and very active away from the kitchen sink.

After an interview and cooking a two course meal for four people, Margaret Carmody from Skibbereen in County Cork emerged the winner. Her prizes include a cheque for £500 and a luxury cooker.

The mother of five says she is a plain cook and in her spare time enjoys playing bridge and is involved with the amateur talent contest ‘Tops of the Town’. Her tip for success is to get involved with activities outside the home and to socialise as much as possible. 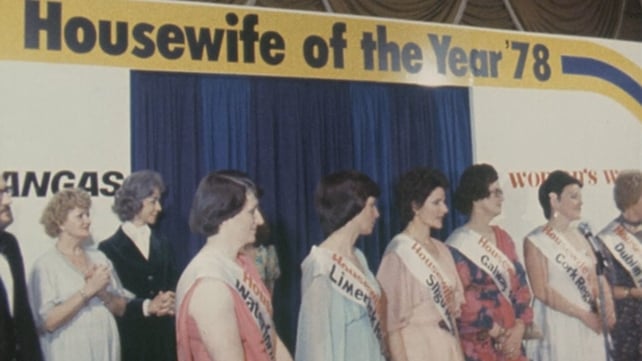 An RTÉ News report broadcast on 29 November 1978. The reporter is Brendan O'Brien.