As punk, a culture that fuses music, fashion and art as a form of expression reaches a wider audience, is it losing its anti-establishment view?

How does the recent commercialisation and mainstream success of punk rock sit against the background of the punk ethos? Áine O'Connor meets some of those to the forefront of punk fashion and music.

On the King's Road in London, Áine meets the "High Priestess of Punk" Vivienne Westwood at her boutique 'Seditionaries', formerly 'Sex'. Westwood explains the significance of the design of the clothing she has on sale in her shop.

It's really an urban guerrilla look but it has got certain gestures towards tribalism.

For Westwood, these clothes are an expression of some kind of emotion through the line, shape, and form of the clothing.

While many young punks believe that the shop started out as something good, they feel that it has lost its originality and has now become too commercial.

Tracie O'Keefe works at 'Seditionaries' for Vivienne Westwood. Tracie pays a visit to 'Smile' hairdressers to get the latest punk look.

If punk is to remain the grassroots working-class movement that it claims to be, there is a problem. How does punk and all it stands for avoid being drawn into the establishment? The very thing it fights against.

The Sex Pistols record 'God Save the Queen', which was banned by both the BBC and RTÉ may have reflected the resentment of unemployed youth at the jubilee jamboree. However, it was the unacceptability of the record that made it a commercial success. So asks Áine O'Connor,

How can the punk heroes break the vicious circle?

Irish punk bands have experienced some recent commercial success. BP Fallon, publicist and music guru, explains how Dublin band The Boomtown Rats have achieved success in what is essentially a British working class phenomena. BP puts the success of The Boomtown Rats down to timing, emerging at the same time as the Sex Pistols in England and The Ramones in New York. 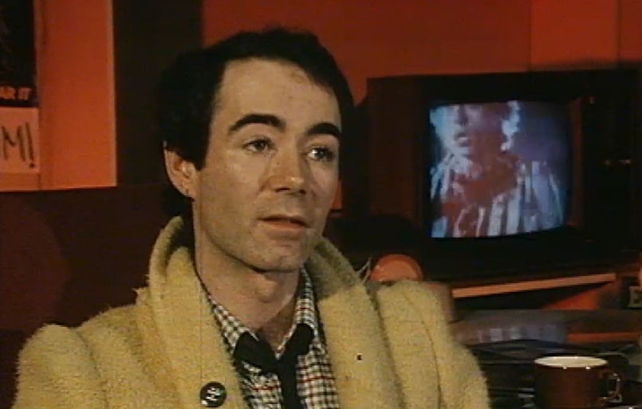 If you can't hear the music you want to hear, you make it.

BP refutes any claim that The Boomtown Rats are a commercial creation despite appearances on Top of the Pops and having success with hit records. He also believes that the success of the Irish in the punk world has its roots in oppression. 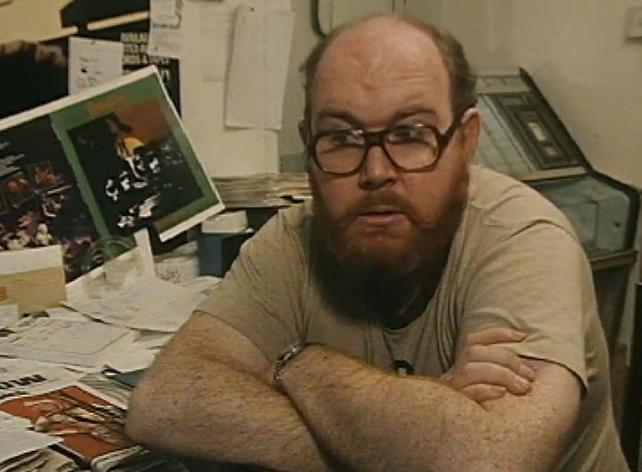 Dubliner Ted Carroll has his own record label Chiswick, releasing independent largely punk records. Carroll was once the manager of Thin Lizzy and now has an up and coming Irish punk band on his books 'Radiators from Space'. Carroll explains his take on the place of Irish bands in the UK music scene and perceptions of the Irish in Britain.

This episode of 'PM' was broadcast on 11 January 1978. The reporter is Áine O'Connor.

PM was a magazine series reporting on aspects of Irish life with interludes for music from Irish performers. PM first began on Tuesday, 20 September 1977 and was initially aired three nights a week on Tuesday, Wednesday and Thursday at 7.00pm on RTÉ 1. The original presenters John O'Donoghue, Áine O'Connor, Nicholas Coffey and Doireann Ní Bhriain were later joined by Pat Kenny.