I am truly proud to introduce our next act to you.

Larry Gogan recalls having the pleasure of playing the very first record on Radio 2 which launched in 1979. He chose the song ‘Like Clockwork’ by The Boomtown Rats as for him it epitomises everything that is great about Irish rock.

They remain the only Irish band ever to have a number one in Britain. 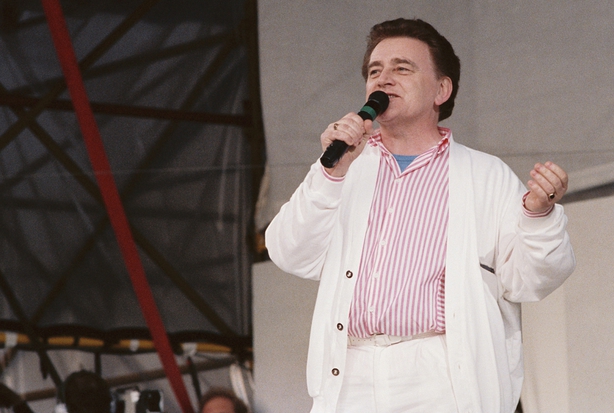 The band perform their song ‘Someone's Looking at You’ which featured on their album ‘The Fine Art of Surfacing’ (1979).

The Self-Aid concert took place at the RDS, Dublin to raise funds for the unemployed in Ireland. The event raised millions of pounds towards The Self-Aid Trust as well as thousands of jobs pledges.