As the old Cork Opera House is bulldozed, hopes are high for the new theatre to be built.

A new beginning for Cork Opera House as work begins to replace the building destroyed by fire seven years earlier.

On 12 December 1955 the Cork Opera House was burnt to the ground and with it went part of the very heart of Cork.

The fire meant that the people of Cork no longer had a window to the worlds of music, opera, variety, and drama. This is soon to change as work gets underway to rebuild the Opera House.

Ronnie Walsh meets Bill Twomey, who was the manager of the Opera House from 1948 to 1955 when the fire happened. Bill describes the night of the fire and how he learned of the disaster. He also explains why it has taken seven years for work to begin on the site.

The work is being funded by a government grant of £50,000, a government guaranteed-loan of £50,000, £25,000 from Cork Corporation, and £75,000 to be raised by private subscription. The new theatre will have a thousand seats and it is hoped it will be completed within a year and a half. Bill Twomey is not concerned about the potential threat of television to theatre audiences.

I don't think in a sense that television injures the live theatre. 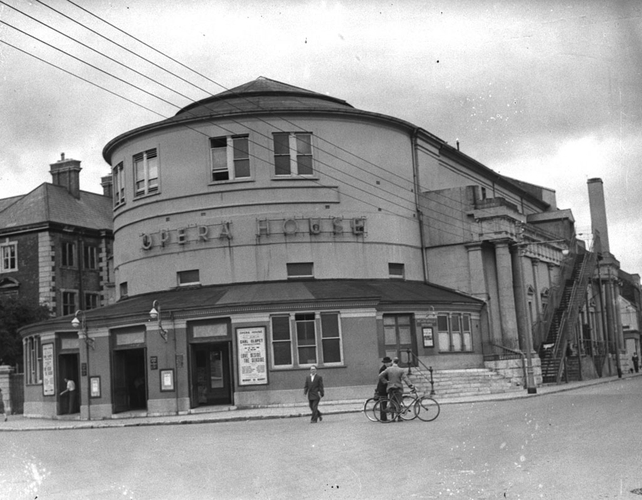 Carl Clopet who put on productions at the Cork Opera House for 25 years describes what made a show successful in Cork. For Clopet, the most financially successful show that he has ever presented in Cork was 'Pygmalion' by George Bernard Shaw.  Remembering the old Opera House, Clopet says

I think it was a great privilege to play there.

This episode of 'Broadsheet' was broadcast on 7 January 1963. The reporter is Ronnie Walsh.