A view of Dublin from the pedestrian's perspective in north inner city Dublin.

In Gardiner Street, Abbey Street, Talbot Street and around Liberty Hall, there is a lack of pedestrian crossings making it very difficult to cross the road in the busy Dublin traffic.

If they happen to step into the roadway a second or two before the light turns from red to green, they'll get a swift vision of hell open for sinners as the demented drivers swarm around them.

This episode of 'Newsbeat' was broadcast on 2 December 1969. The narrator is Frank Kelly. 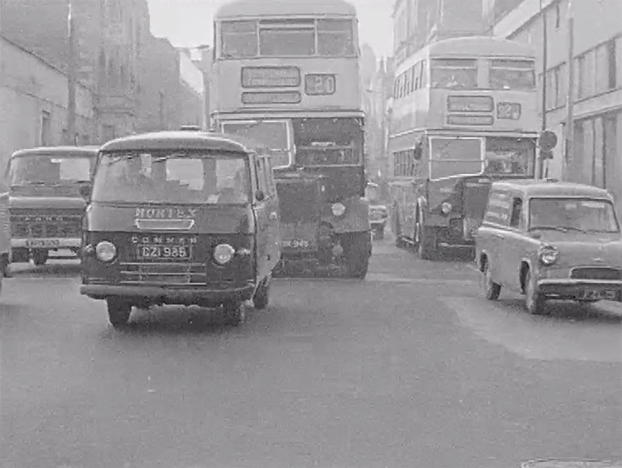 The previous month 'Newsbeat' had looked at the same issue of Dublin traffic congestion from a taxi driver's perspective.

'Newsbeat' was a half-hour feature programme presented by Frank Hall and ran for 7 years from September 1964 to June 1971. 'Newsbeat' went out from Monday to Friday on RTÉ television and reported on current affairs and issues of local interest from around Ireland. The final programme was broadcast on the 11 June, 1971.